“Gets Good Light” starring Cedric Leiba, Jr. has been NOMINATED for an NAACP IMAGE AWARD!!!!

“Gets Good Light” starring Cedric Leiba, Jr. has been NOMINATED for an NAACP IMAGE AWARD!!!!

Congratulations to the whole “Gets Good Light” team for their nomination for Outstanding Short Form(Live Action)!

A luxury condo begins the day staged for an open house to lure wealthy buyers, but by night becomes a brief refuge for a family targeted by immigration enforcement.

CHECK OUT THE TRAILER! 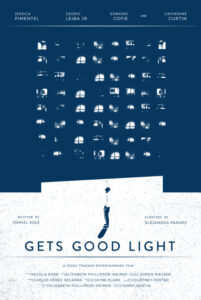 Alejandra Parody is a Colombian director based in New York City. Her NYU thesis, Rosa, was awarded the King Prize and recognized as a finalist for the NBCUniversal Film Festival. Alejandra’s narrative and commercial work screened at festivals worldwide, and Billboard and Huffpost featured her work.